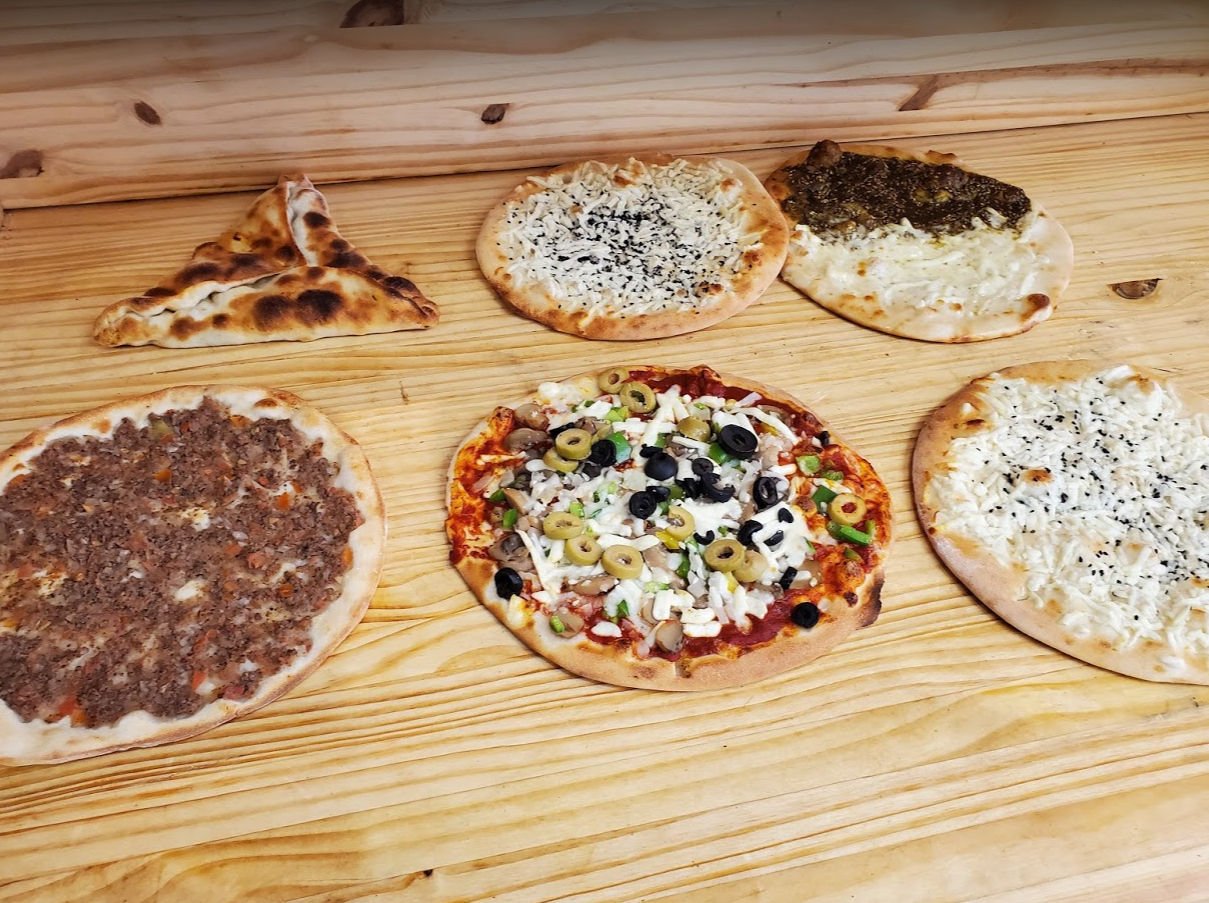 Manakeesh is a Lebanese delight that has been able to satisfy cravings and hunger across the Middle East for thousands of years. Manakeesh grew as part of the Levant region cuisine that comprises of Jordan, Israel, Lebanon, Palestine, and Syria. The Manakeesh evolved to be the one of the most beloved foods of the region, especially in Lebanon.

Manakeesh is also known as “Manoush”, “Manaeesh”, and “Manakish”. It can be described as a flat baked dough with toppings, just like a pizza – which is why it is often referred to as ‘Lebanese Pizza’. Manoush came from the Arabic word “Manqushah”, which means “carve-out” or to stamp or decorate, which refers to the indentations made with fingers while flattening the dough for the toppings.

Over time, it has become one of the most important foods of the Lebanese cuisine. Some toppings include minced lamb, mutton or beef, spinach, veggies, yogurt, Za’atar, and cheese. The most popular topping is Za’atar, which is a divine combination of thyme, sumac and sesame seed paste. It is quite a rich and heavy dish, usually eaten at lunchtime – but it is so popular and delicious that people even enjoy it at breakfast, too!

The origin of Manakeesh:

There is not much known about the origins of Manakeesh. However, the first known recordings of this Lebanese dish was found in an Arabian cookbook which dates back to the 10th century. The cookbook also mentions an original recipe that involves flatbreads, thyme, and olive oil. Manakeesh and its ingredients have been around since the early times in Lebanon.  Traditionally, women in the biblical era would bake dough in the morning in a communal oven to feed their family and provide them with nutrition from the bread, and with that, they would make small portions of dough using different toppings for breakfast. From here, the recipe evolved into the famous Manakeesh.

Is Manakeesh a recent phenomenon?

Note that some people, and even famous chefs of Lebanon like Chef Ramzi Choueiri, dispute this and think that Manakeesh is just a recent phenomenon that can’t be dated back to early times. In the book “The Culinary Heritage of Lebanon”, the chef states that it is a relatively recent Lebanese dish that perfectly suits the modern life for its low cost and ability to be made with ease. But adding za’atar to bread can be traced back over many, many centuries, so we can at least establish that the connection of Lebanese people with Manakeesh-like food has been around for generations.

In fact, the ingredients of Manakeesh, olive oil, za’atar, and bread have been in Lebanon for thousands of years. Olive oil has been around since 4500 BC. The herbs used in za’atar are believed to have been growing in the hills and mountains of Lebanon for centuries as well. The same goes for the bread. Looking at the history of these ingredients, it seems very likely that the delicious Manakeesh has been in Lebanon for many generations. Manakeesh has a very special place in the hearts of the Lebanese people and plays an important role in Lebanese culture as well.

One of the main reasons for the popularity of Manakeesh is its affordability along with great taste. In Lebanon, some have even humorously nicknamed it “the poor man’s food”. Come by Al’deewan Lebanese Bakery today to try some of our delicious manakeesh at a traditionally-affordable price!